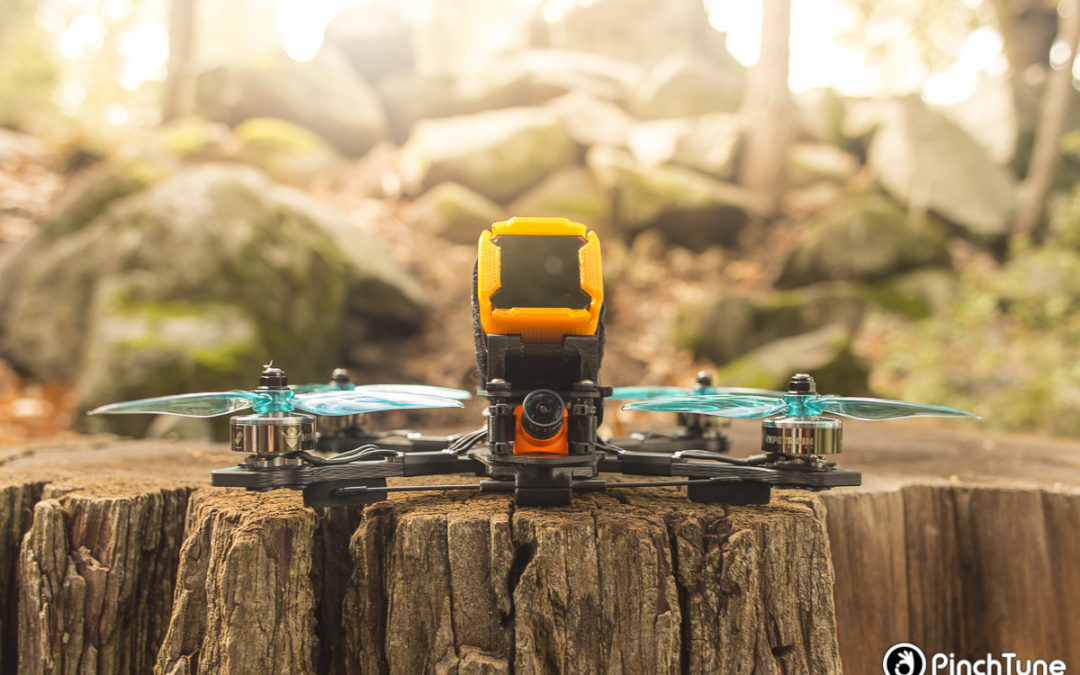 Check out my latest 5S FPV build. This is a sweet Hyperlow RS+ Squashed quad with the latest in FPV tech at the moment.

I normally like to post a little story to let you know what a build is about rather than just post a bunch of parts and call it a day. This was my quote from my post about this build on Rotorbuilds. Also, to save time, a lot of the text is the same. Haha. This is Hyperlow RS+ squashed. The main reason I went squashed is because I’m so used to it from my days flying Aliens and Chameleons. That all said, I warmed up to true-X with the Hyperlow CG and the XLabs Braap. I’ve been working on cleaner video, so going squashed to keep the props out of the HD footage made sense. Now, whether or not I end up converting this back to true-X needs to be determined after I fly it a lot more. 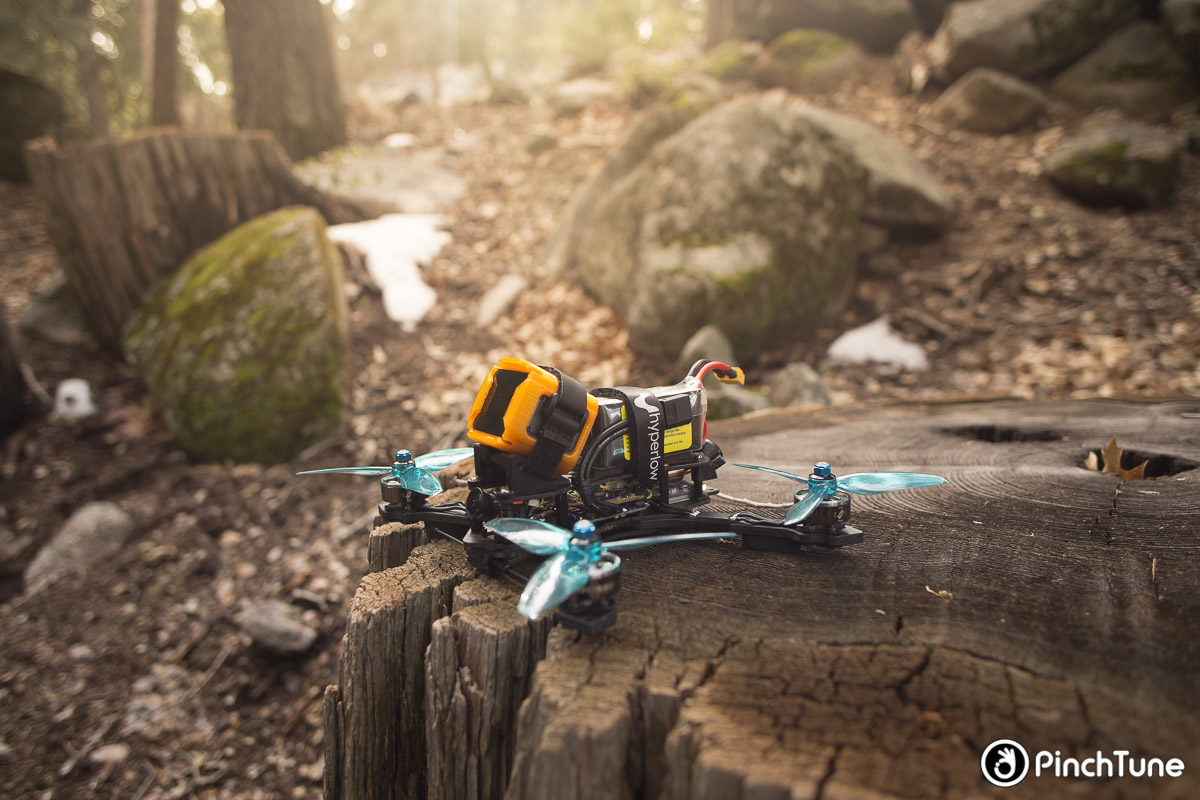 Originally, the Hyperlow RS Plus was build with a BrainFPV Radix and TBS Unify Pro at the back as the design intends. The deck was set at 20mm to allow enough space for a nicely floating FC, higher than usual above the ESC. I had all kinds of video noise issues on that original build. One reason was because the motor wires were routed partly over the VTX.

I opened her back up and made those wires shorter and also moved the VTX over to the top deck as I normally would do on other builds. That improved the noise situation considerably, but there was still some. Note that this is a 5S build and I’m running a 25V 1000uF cap. Putting the VTX up below the top deck forced me to have to raise the top deck from 20mm to 25mm. Not so Hyperlow anymore.

I flew it around some more, and it does fly incredibly well. However, in my frustration with the video noise I opened her back up again. I didn’t want to try and figure out if it was the VTX or the FC inducing the noise. So, in desperation I replaced both. I replaced the Radix with a PyroF4 and then the TBS Unify with a Mach 3 and put the VTX at the back again. I was able to lower the deck back to 20mm. During this process, I was able to clean the wiring even more. 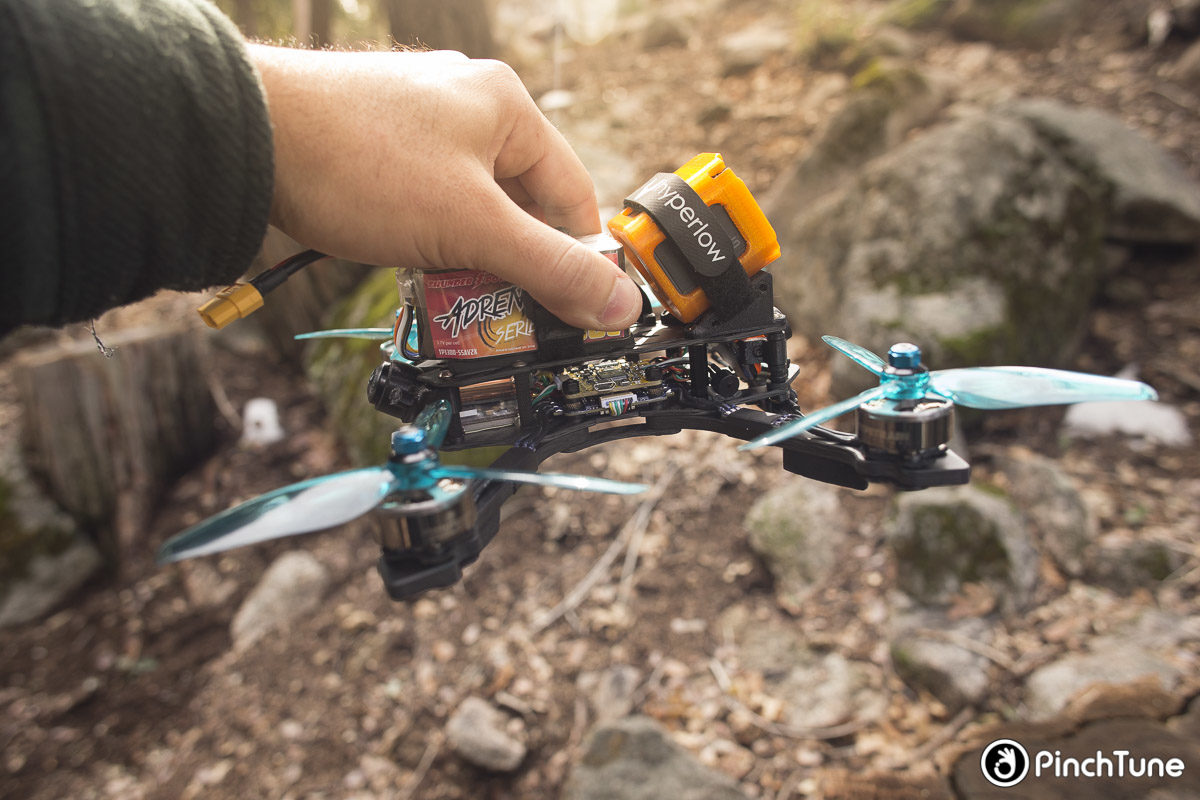 Well, back up in the air and the video noise is still there. Turns out it’s the ESC after all. At this point, I’ve decided that since the build flies so well, I’ll simply ignore the video noise and continue flying it. Truth is, the only reason I was so focused on the video noise is BECAUSE I WAS FOCUSED ON THE VIDEO NOISE. At the end of the day, it’s easy to ignore since the actual flight is really good, clean and powerful.

The point of all this is that the fault was never the poor BrainFPV Radix or the Team Blacksheep Unify Pro HV. In fact, most of my VTXs on 99% of my builds are some sort of TBS Unify Pro. Turns out it was a noisy ESC after all.

Video Review of the Hyperlow Frames RS Plus

Photos of the Hyperlow RS+ 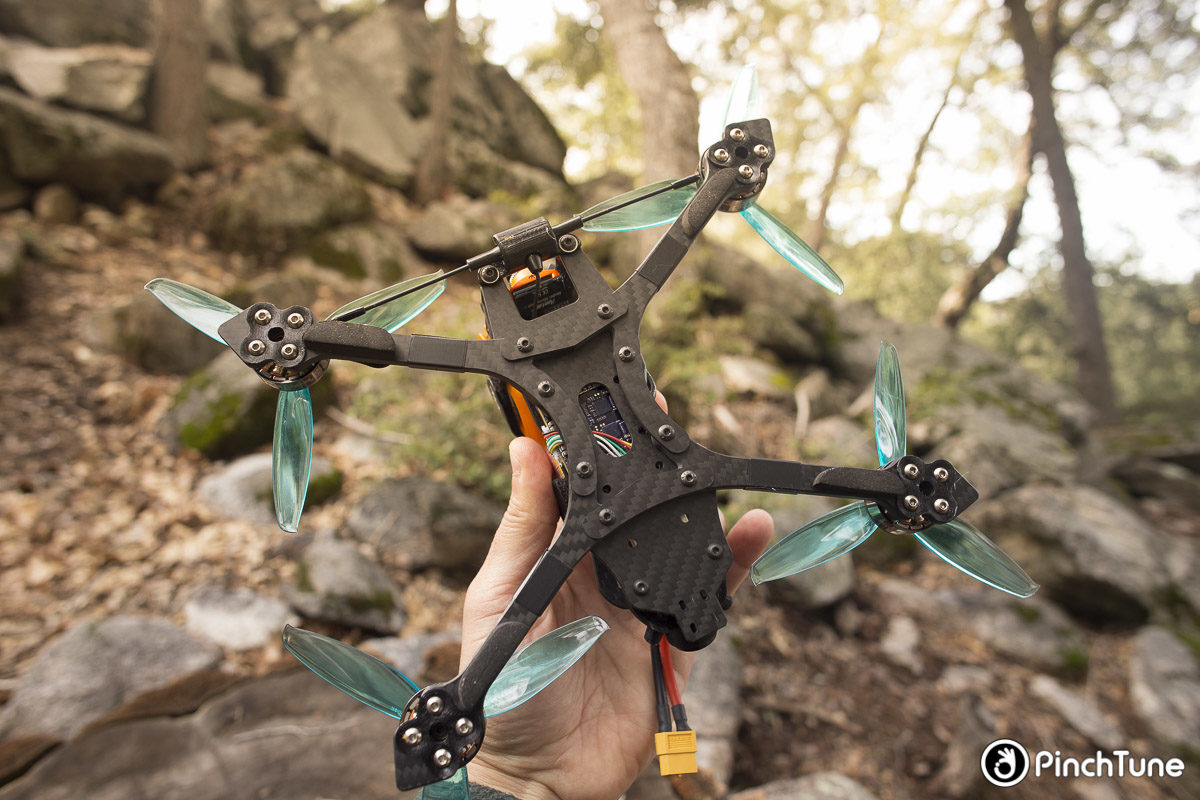 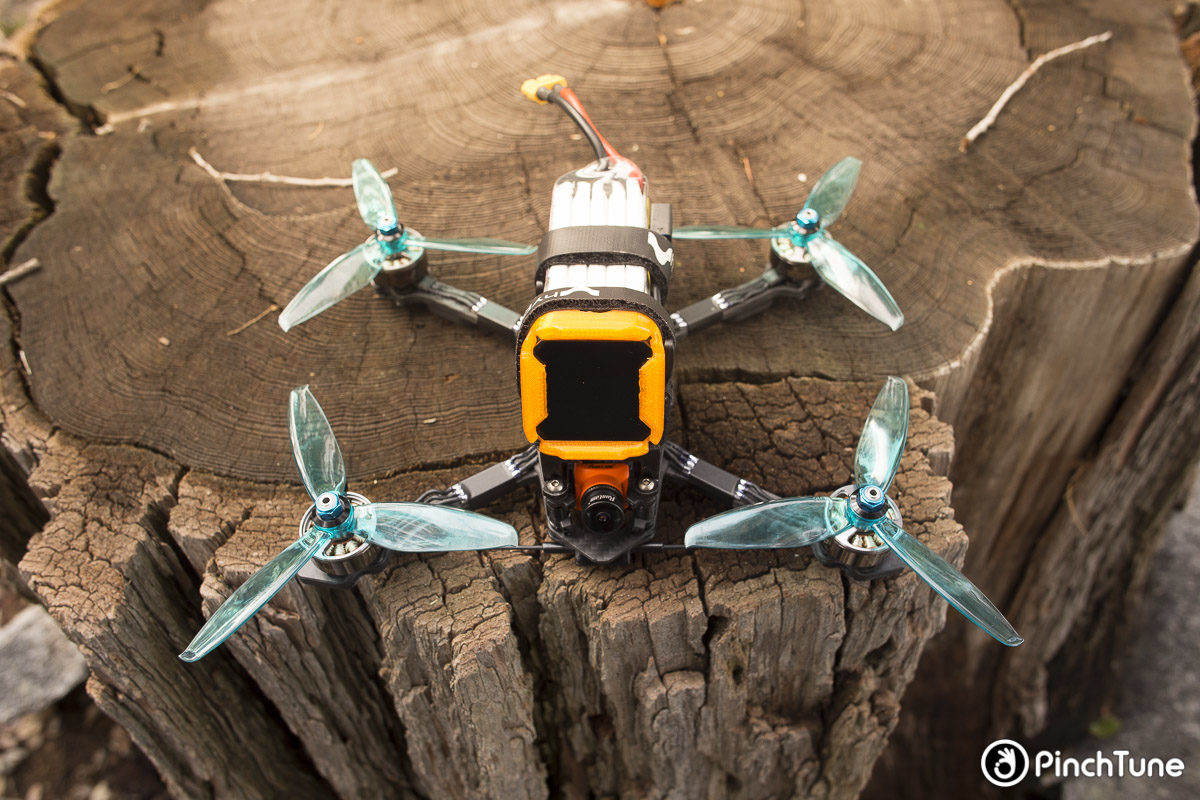 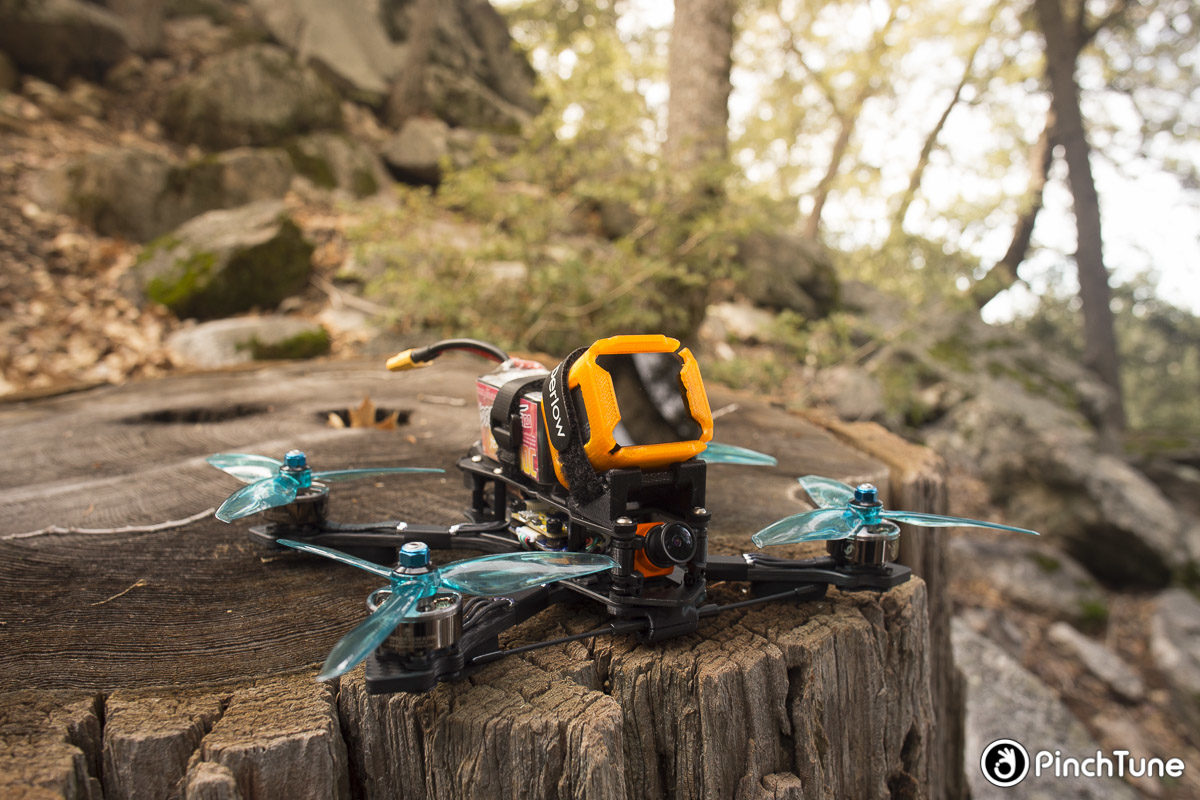 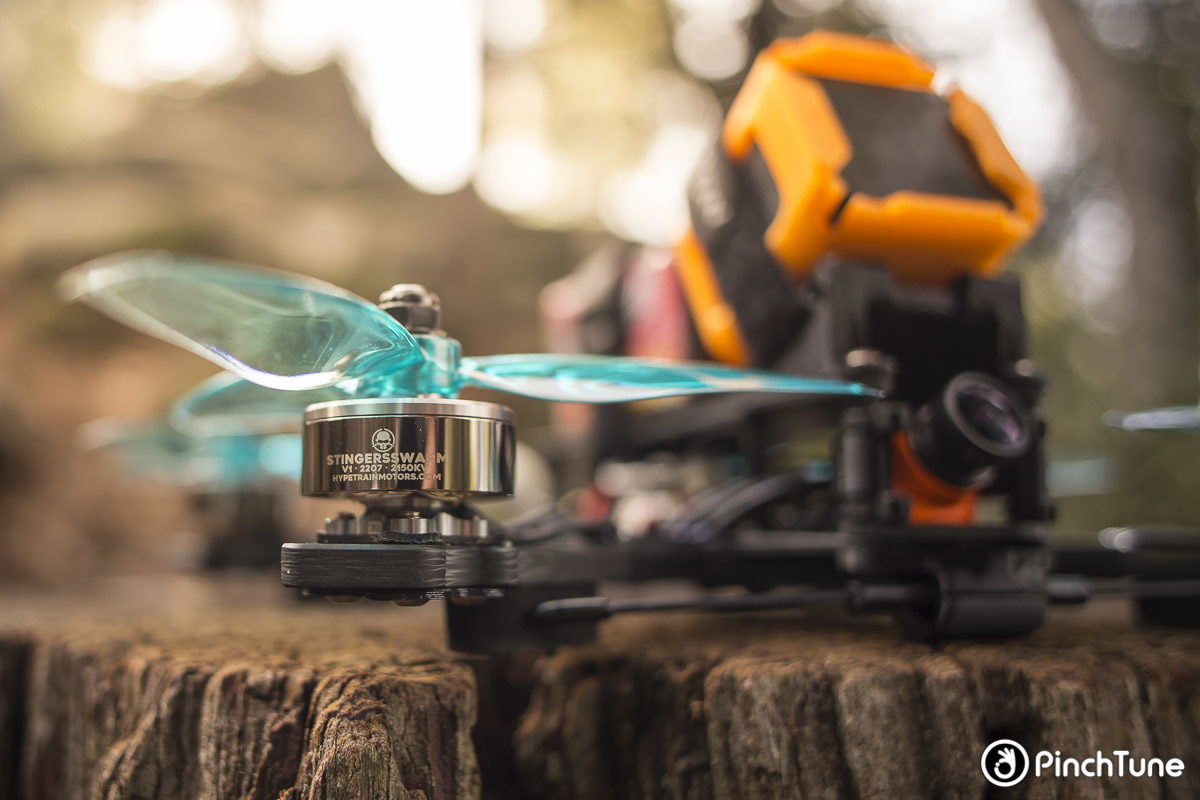 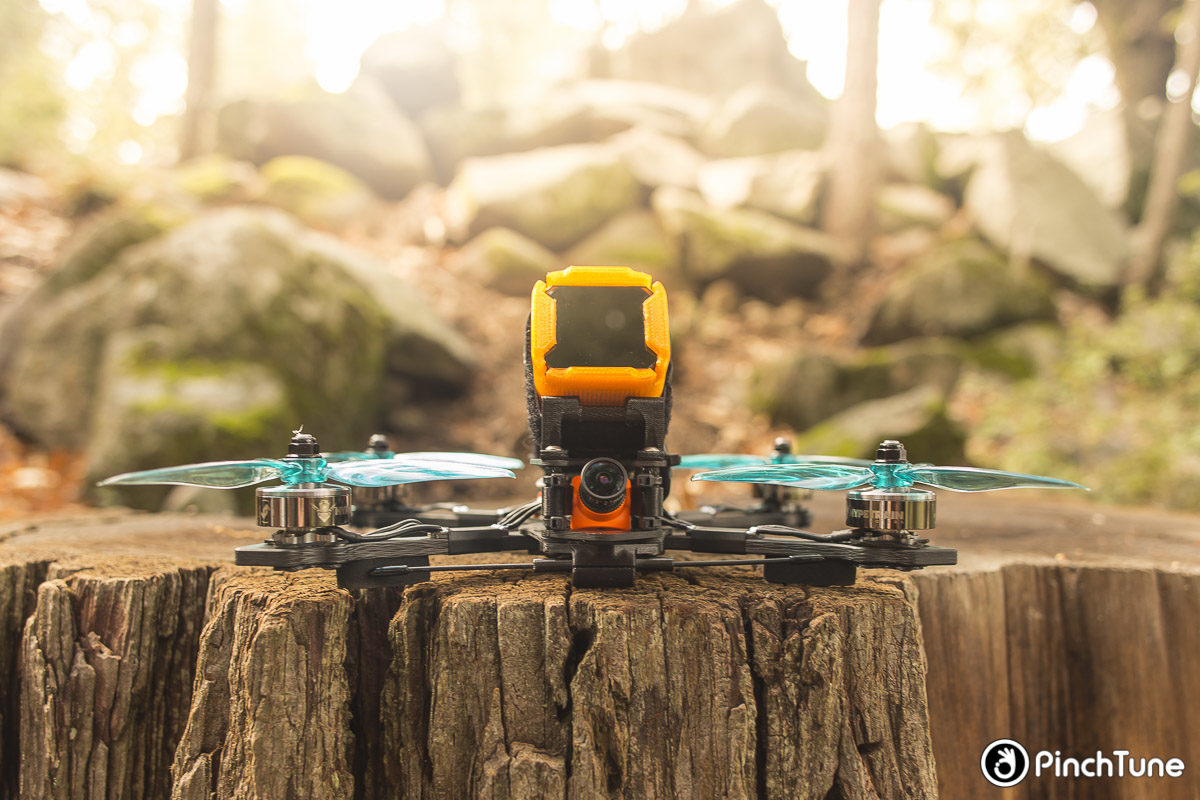 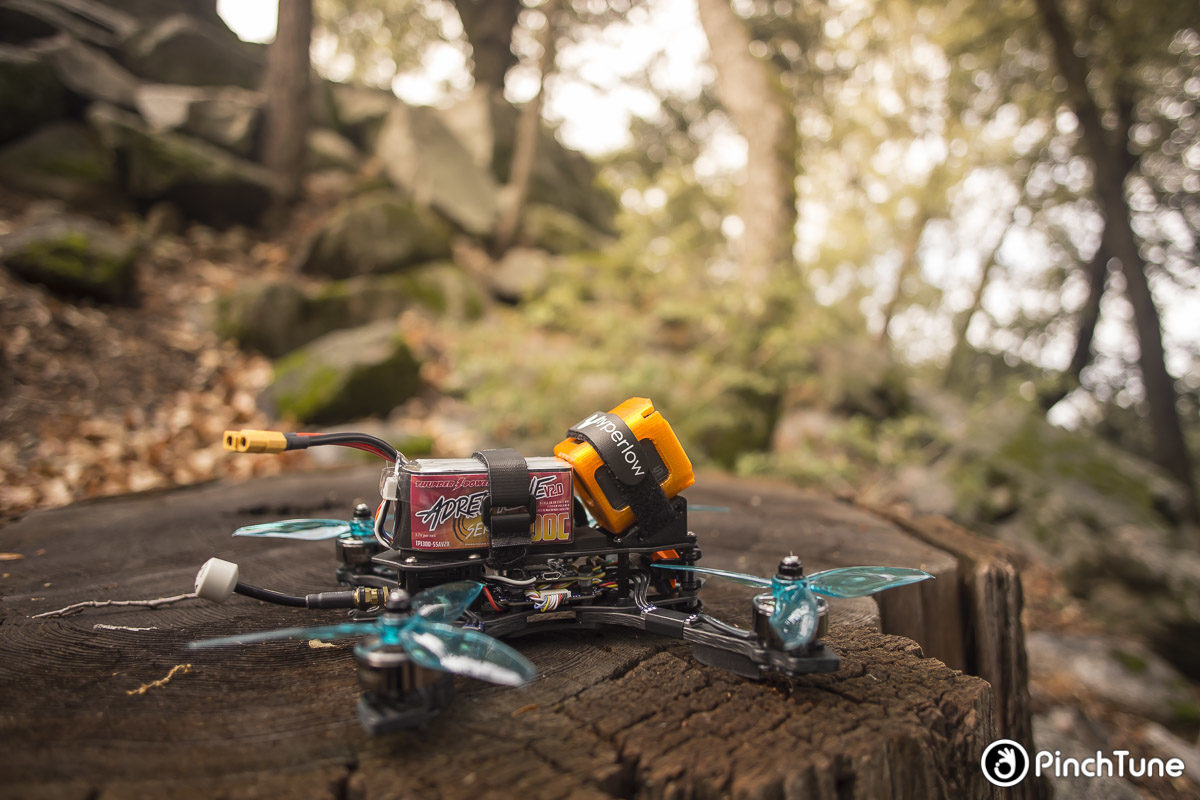